The British Medical Journal (BMJ), one of the world's leading general medical journals, recently published an article which questioned the promotion and increased use of influenza vaccines today.

The BMJ article cites and questions a study published in the New England Journal of Medicine which had reported a 48% reduction in risk of death following the vaccine - this was criticised for being an apparently impossible statistic when "influenza is estimated to only cause around 5% of all wintertime deaths". Furthermore, the controversy continues over whether the vaccine significantly reduces the chances of someone contracting the illness at all, or reduces their chances of developing complications from influenza (Nichol, 2007; Simonsen, 2005; Simonsen, 2007; Doshi, 2013).

So, should you decide against the "flu jab", are there alternatives?

Food!
Trying to stay healthy whilst eating a poor diet is like trying to run your car on water!

However, this also necessitates good digestion, as we can only use what we can digest and absorb. Indeed, it is impossible to overstate the importance of resolving any digestion issues. So, counterintuitively perhaps, for any one with digestive symptoms, the first step in preventing a respiratory (or any other) infection, would be to address the cause of the digestion problems.

Herbs
Herbs and herbal medicines may be thought of as an extension of diet, since they are plant-based. A major advantage of this is that they are readily bioavailable as they are recognised by the body as foods, unlike most vitamin and mineral supplements. 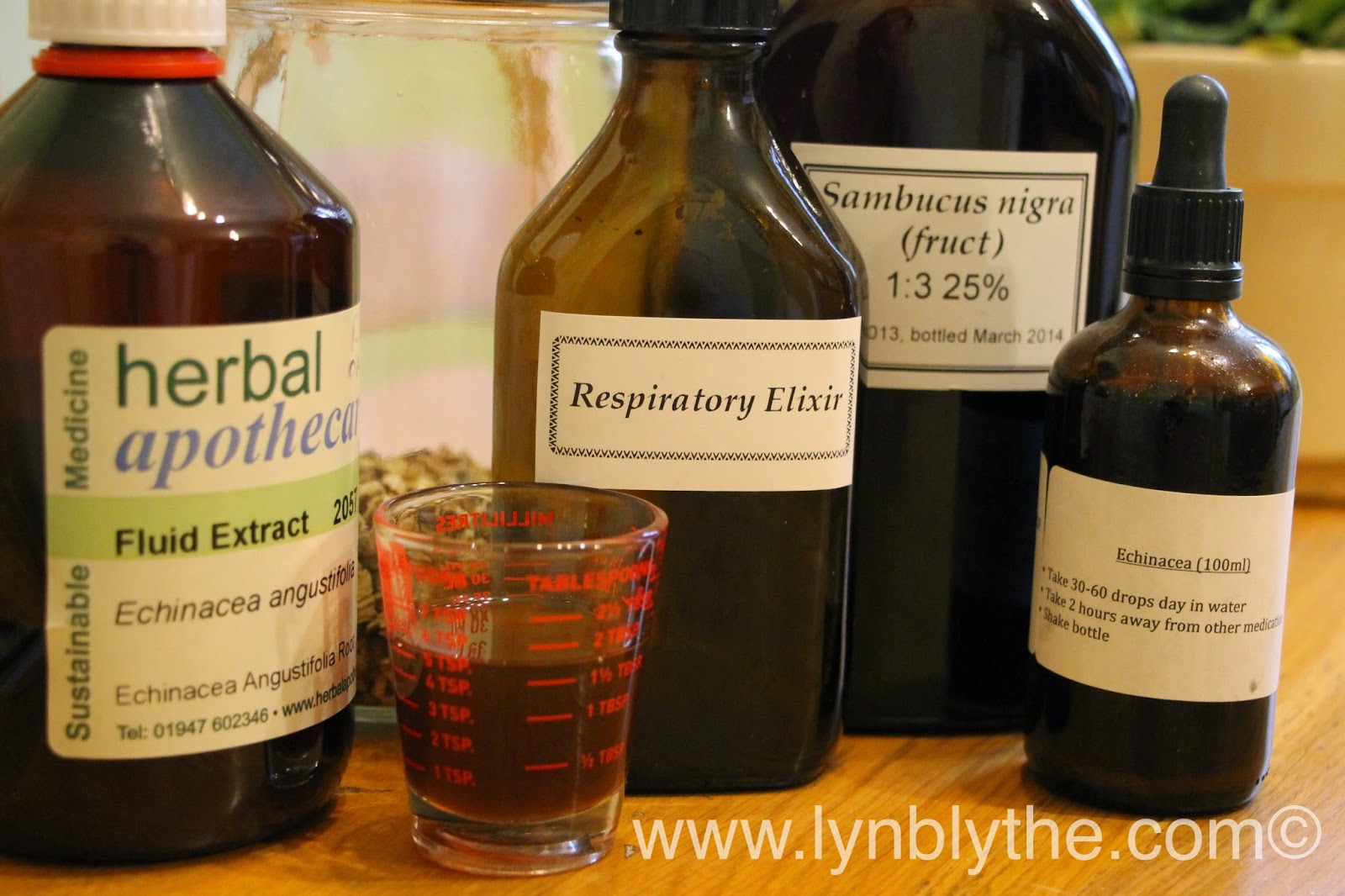 There is much available information documenting the difficulty in accurately predicting which strain(s) of the 'flu virus will be prevalent the following season in order to design a vaccine to match (and controversy over whether/how effective the vaccine is, even when matched). However, another advantage of using herbs (and diet) to combat potential infections, such as influenza viruses, is that herbs are made up of vast numbers of antimicrobial constituents, including antiviral and immune supporting, as well as constituents which aid the digestion and absorption of these active constituents. Added benefits are that these protect against all pathogens (viruses, bacteria, and others) in the environment - not just one strain of 'flu virus! Furthermore, the pathogens are, as yet, unable to develop resistance to these natural substances due to the vast numbers of constituents working together to produce the effect.

Which herbs?
There are too many antiviral and immune supporting herbs to list!
However, not all herbs are safe for all people.

It is generally accepted amongst herbalists that a combination of a smaller dose of a few herbs, specifically selected for an individual, with their medical history in mind (for example, existing respiratory or immune conditions), has a greater effect that a larger dose of one. In addition, this allows herbs to be added which will enhance the absorption of the others. Different herbs will also be selected for prevention as opposed to if someone is already fighting infection. Another important consideration is when, and for whom, a tincture (medicine), syrup, capsules, tea, etc, will be more effective.


Whilst echinacea is probably the herb that springs
to most people's minds, it is far from the only tool
in the herbalist's antiviral armoury!


Others with supporting research (and generations of traditional use) include elderberry, liquorice, ginger, Chinese skullcap, garlic, andrographis, rhodiola, boneset..... and many more, either as main antiviral "players", or as important adjuvants!

If you want to read more:

I remember the excitement as a child as I waited for my Dad to drill a hole in the biggest conkers we'd found, and thread them on strings for me to take into battle in the school playground the following day! 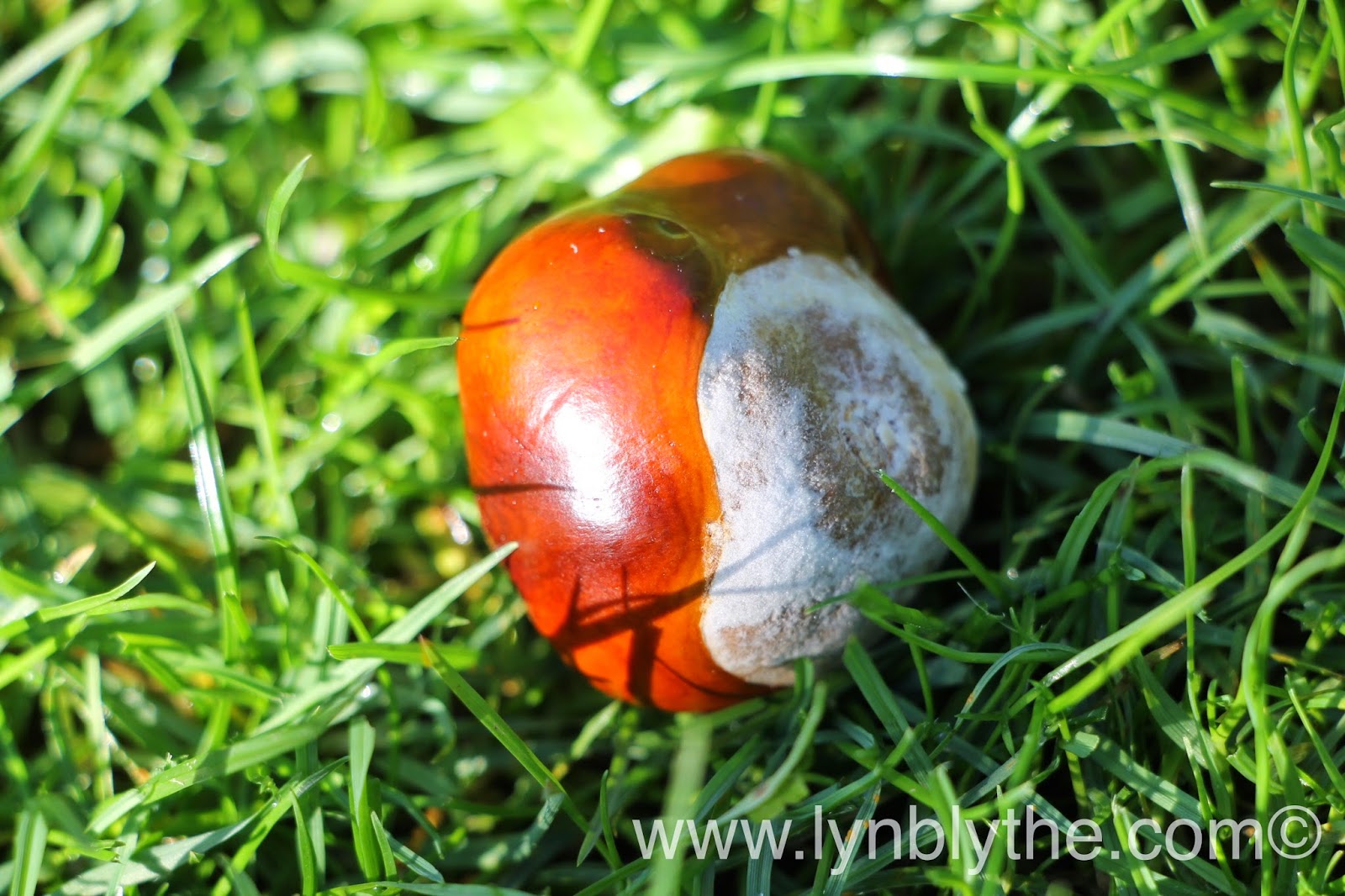 How times have changed! That's a million miles away from what I do with them now......

Conkers (the seeds of the horsechestnut tree, Aesculus hippocastanum) are rich in saponins, flavonoids and tannins. Saponins are able to bind to both water-soluble and also fat-soluble molecules, a property which enables them to act as emulsifiers in herbal medicines, so allowing the oily constituents to better dissolve in the medicine.

Saponin rich herbs are not for everyone though! Large doses can be irritant to the digestive tract, so dosage is important, and they may be unsuitable for some people.

Herbalists use Aesculus hippocastanum to strengthen the walls of blood vessels, although other herbs appropriate for the person will also need to be added to the combination to help achieve the effect. Old herbal books refer to this action as a "venous tonic", used for varicose veins, haemorrhoids, oedema, sprains and bruises, to name just a few. 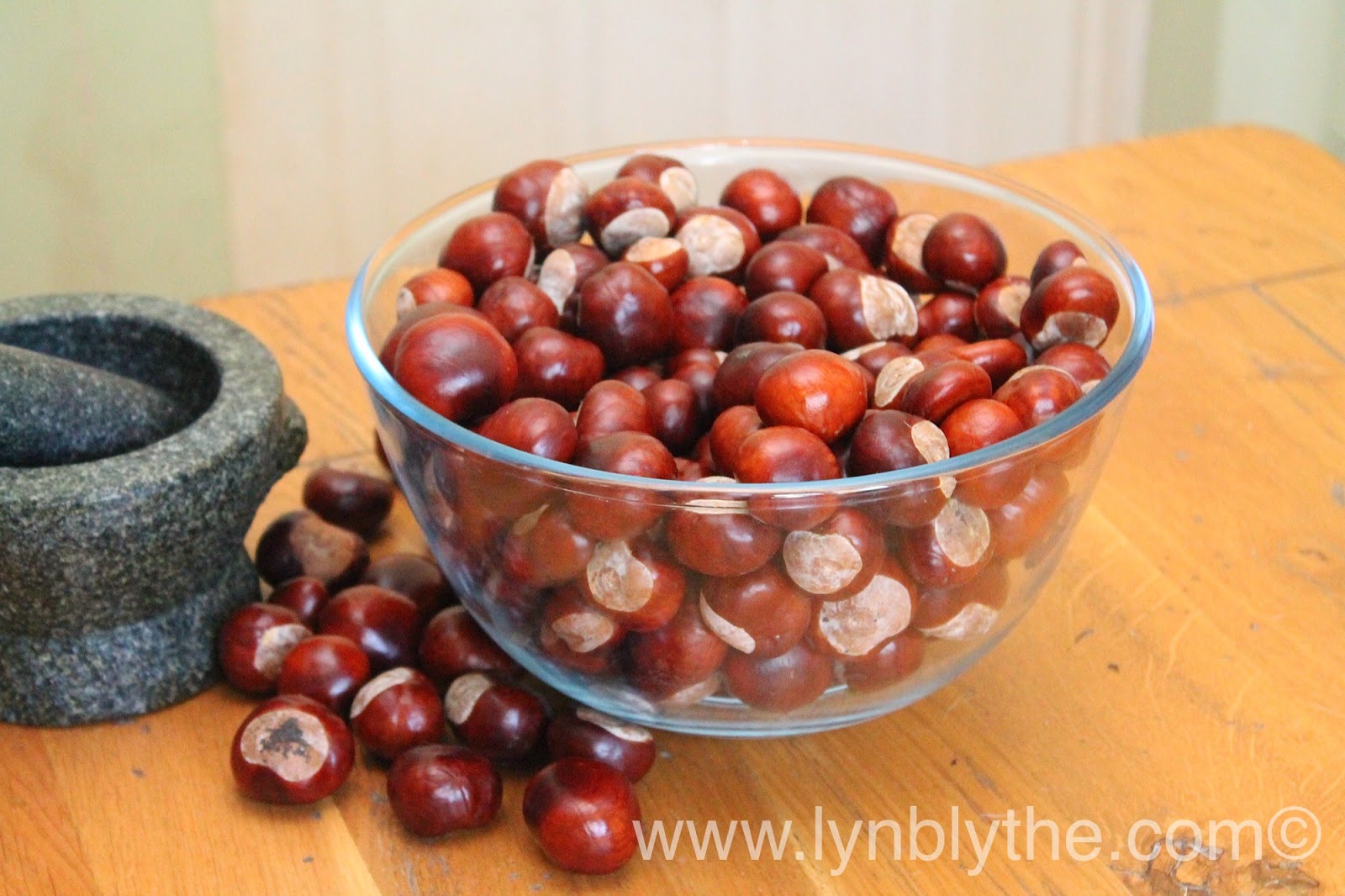 A simple ointment (or a more complicated cream!) can be made by infusing the conkers (broken up first) into good quality organic oil for a number of hours, then solidifying with beeswax (or similar).

Posted by Swindon Herbalist at 14:54 No comments:

The fruits (hips) of the dog rose, Rosa canina, have been recorded as being an effective remedy for numerous inflammatory disorders in a variety of folk medicine traditions. Examples include arthritis, gout, haemorrhoids and inflammation in the intestine. Certainly, many herbalists add rosehips to a prescription of other herbs for people with these conditions.

Although numerous studies conclude that rosehip preparations can be more effective than some orthodox medications, it has not yet been decided which of the constituents in rosehips bring about this anti-inflammatory and pain relieving effect.

This is a common theme throughout herbal medicine, and is thought to be because several constituents contained in the whole plant are required to work together to achieve the effect, for example, one constituent improving the absorption of others. It is frequently found that isolating (and sometimes strengthening) the constituents presumed to be the important ones, can actually either reduce the therapeutic effect, or bring about side-effects - so this is why herbalists use the "real" plant rather than a chemically altered version. Indeed, this is also the reason why herbalists combine several herbs in a prescription - to increase effectiveness and offset any adverse effects.

Here are my gathered rosehips, tincturing, soon to be pressed and bottled - although I did have to decant some off yesterday for someone who just couldn't wait!


Here are some studies if you want to read more!

Posted by Swindon Herbalist at 14:45 No comments:

Hawthorn, a herb for heart health

The value of hawthorn (Crataegus spp) to a herbalist cannot be overstated! Luckily, it is a frequent find in the UK hedgerows.


Flowering tops are picked in the Spring, and the ripe berries collected in the Autumn. These are used to make tinctures (medicines), or dried for teas (infusions) and capsules.

Whilst most herbs tend to have numerous widespread actions, hawthorn is almost exclusively a herb used for the heart and circulatory system by modern day herbalists, and hawthorn is regarded as one of the safest herbs in our dispensary.

The actions of hawthorn have been used to help people with conditions such as angina, mild to moderate heart failure, either high or low blood pressure (depending on which other herbs are combined with the hawthorn in the prescription), Raynaud's Syndrome, atherosclerosis, some menopausal symptoms, chilblains, varicose veins and many other cardiovascular complaints. The precise effect of a prescription will, of course, depend upon which other herbs the hawthorn is combined with.

A vast array of studies support such clinical uses of hawthorn. For example, the European Journal of Heart Failure reported Crataegus to be beneficial in treatment of heart disease due to induction of cAMP-independent positive inotropy, peripheral and coronary vasodilation, protection against arrhythmias, having antioxidant properties and anti-inflammatory effects (see below for more).

Although a gentle herb, anyone with an existing health condition, or currently taking medication, should seek advice before using any herbs.

Editorial (2008). Towards a systematic approach in the assessment of efficacy of an herbal preparation: Hawthorn (Crataegus spp.). European Journal of Heart Failure 10: 1153-1157

Posted by Swindon Herbalist at 14:49 No comments:


Posted by Swindon Herbalist at 17:28 No comments: